Playing poker at a professional level can be an extremely demanding job, both physically and mentally. It is a game that not only depends on luck but strategizing skills as well.  Failure comes at a large price, however, high risks often come with high rewards, so they say. This is why the poker scene has no lack of success stories. Numerous players have made it big by being skilful in playing poker, and by ‘big’ we are talking tens and even hundreds of millions. Without further ado, here are the top 10 richest poker players in the world. 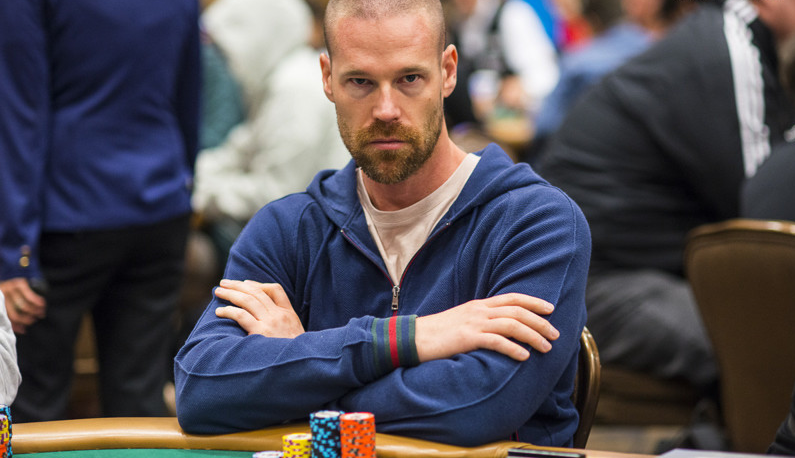 Patrick Antonius is a Finnish poker player whom career record includes three World Series of Poker (WSOP) final table appearance and one European Poker Tour title. He may have the appearance of a fearsome foe, but he doesn’t rely on his looks to dominate the poker scene since he primarily plays online under screen names such as -ANTONIUS-. His estimated net worth is $32 million. The youngest poker prodigy and the only German player in this list, Fedor Holz (born 1993) live in Austria and primarily plays high-roller tournaments. Although he had only won one WSOP bracelet so far, he had already been ranked by Pocketfives as the best online MTT player in both 2014 and 2015. His estimated net worth is $33 million. 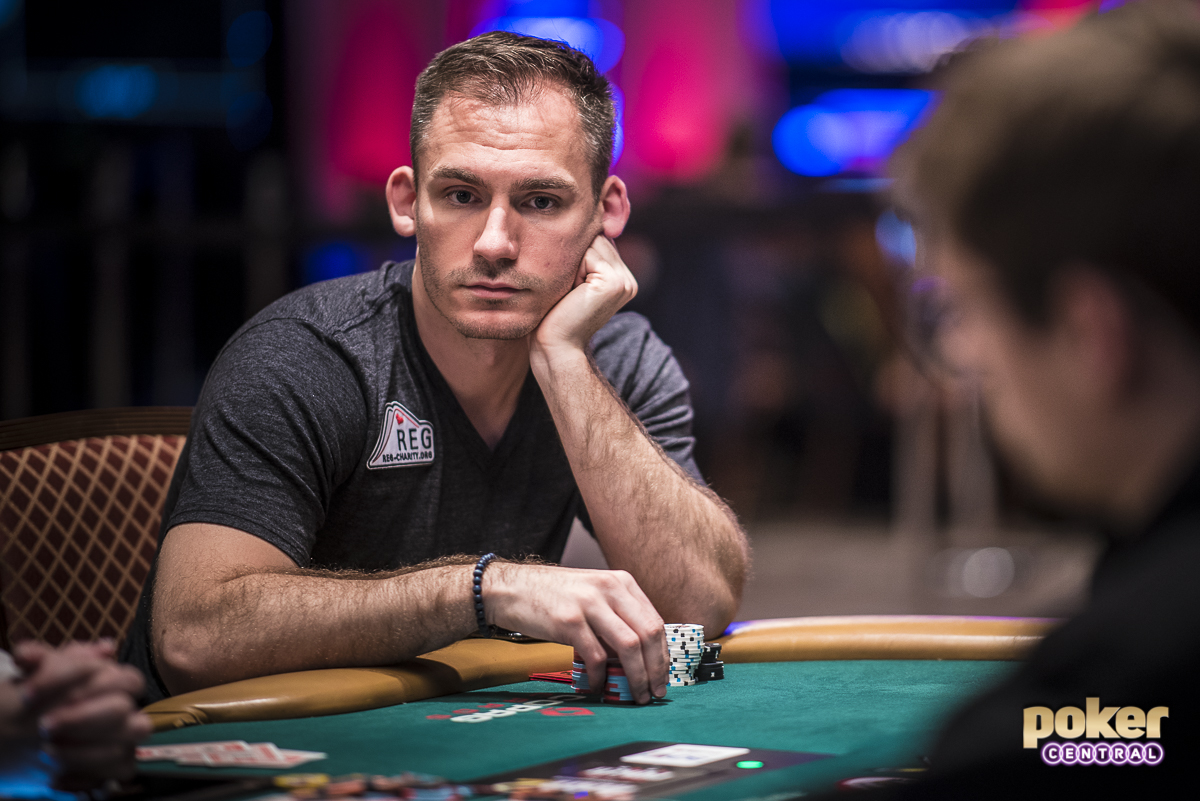 One fun fact about Justin Bonomo is that before being known as a professional poker player, he used to be an avid fan of “Magic: The Gathering”. The move was proven to be a correct and fruitful choice since he had racked up a total of 16 WSOP final table appearances and won three bracelets in his career. His estimated net worth is at $40 million. 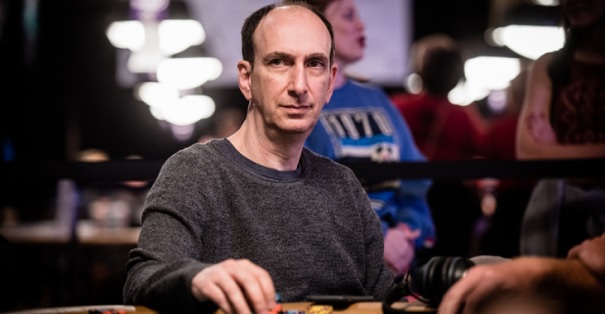 Born in New York City, Erik Seidel used to be a backgammon player before moving to poker. He started off playing at the Mayfair Club before gaining enough confidence to participate in major poker tournaments. As of 2019, Seidel has eight World Series of Poker (WSOP) bracelets and one World Poker Tour title under his belt. His estimated net worth is at $41.9 million. 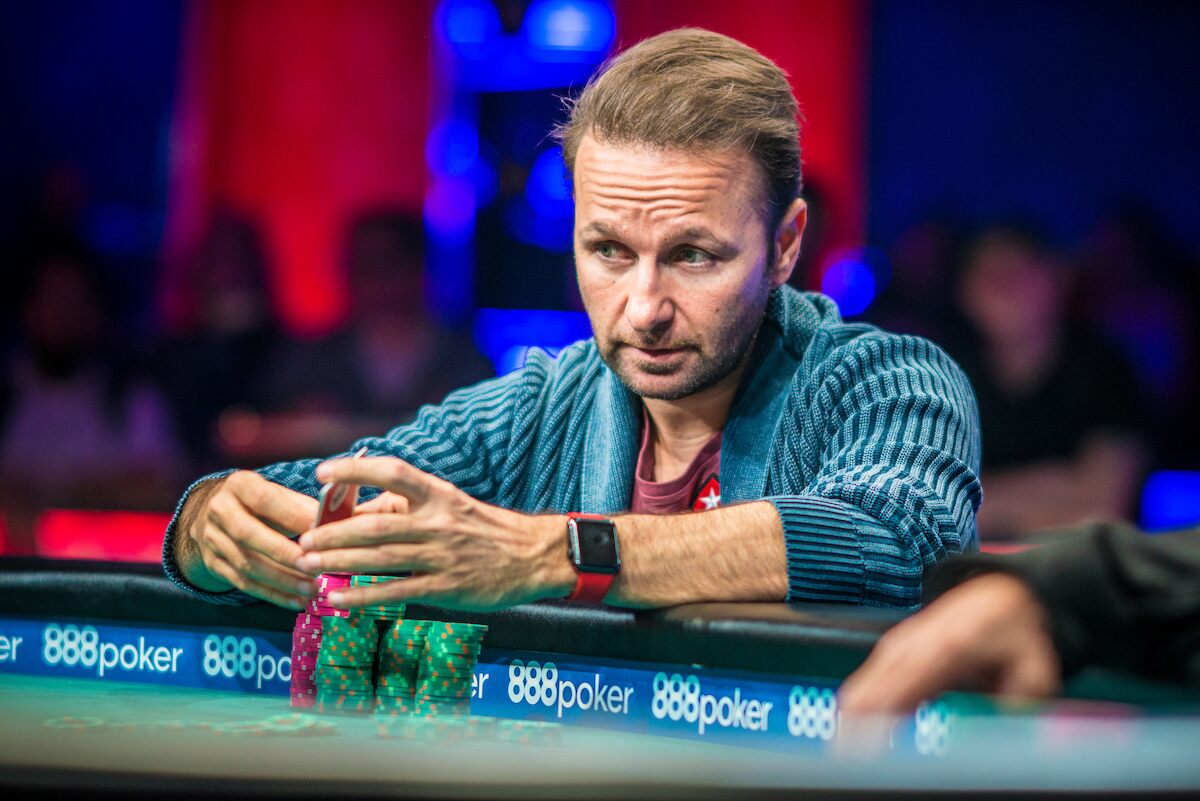 Daniel Negreanu (estimated net worth: $50 million) is so good at playing poker he is recognized, at the age of 45, by the Global Poker Index (GPI) to be the best poker player of the decade and was inducted into the Poker Hall of Fame in 2014 after winning six WSOP bracelets and two World Poker Tour titles. 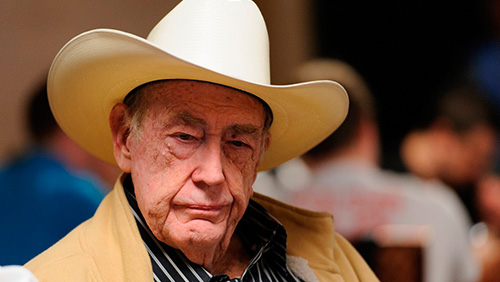 Voted by Bluff Magazine to be the most influential force in the world of poker and inducted into the Poker Hall of Fame, Doyle Brunson is considered to be a Texas legend since he has been around the pro poker scene for more than 50 years. He has appeared in WSOP nearly every year of its existence, winning a total of 10 bracelets in his career, plus one World Poker Tour title. His estimated net worth is $75 million. 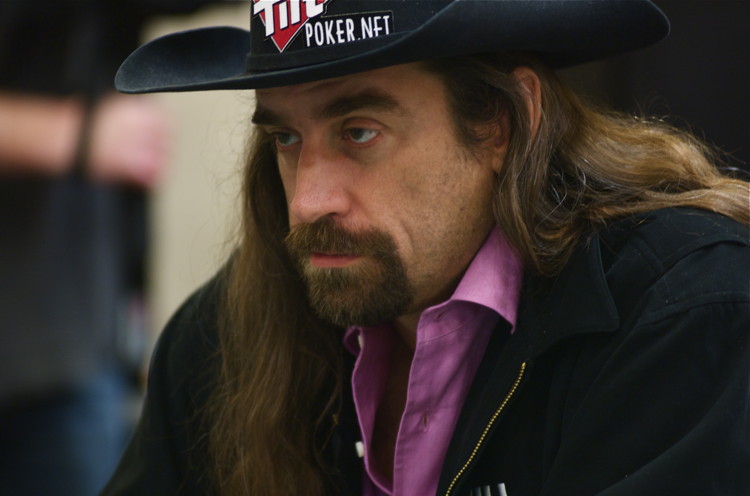 Chris Ferguson fell in love with poker ever since he was a kid and played online even well after he earned his PhD. in computer science at UCLA. He became a professional poker player in the ’90s and won his first World Series in 1995. As of 2019, he has already won nine WSOP events, building his net worth up to roughly $80 million. 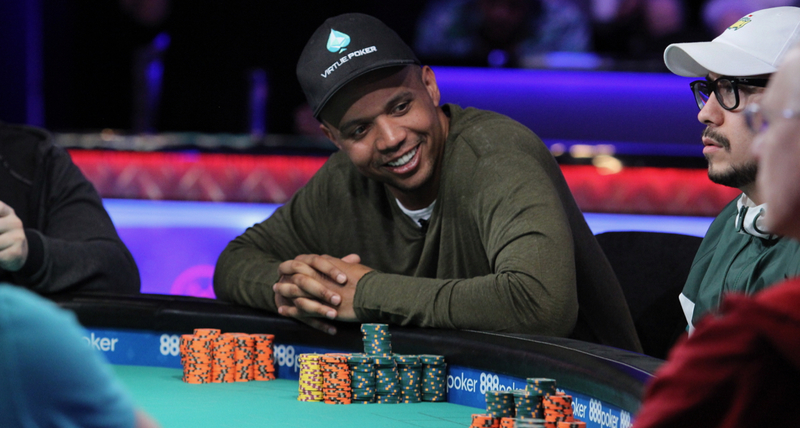 With ten WSOP bracelets and, one World Poker Tour title, and nine appearances at the World Poker Tour final tables, Phil Ivey is regarded as one of the best poker players in the world. He had spent his lifetime playing poker, even at a very young age when he had to use fake IDs to enter the casino until he made it into the Poker Hall of Fame in 2017. Today, his estimated net worth is $100 million. 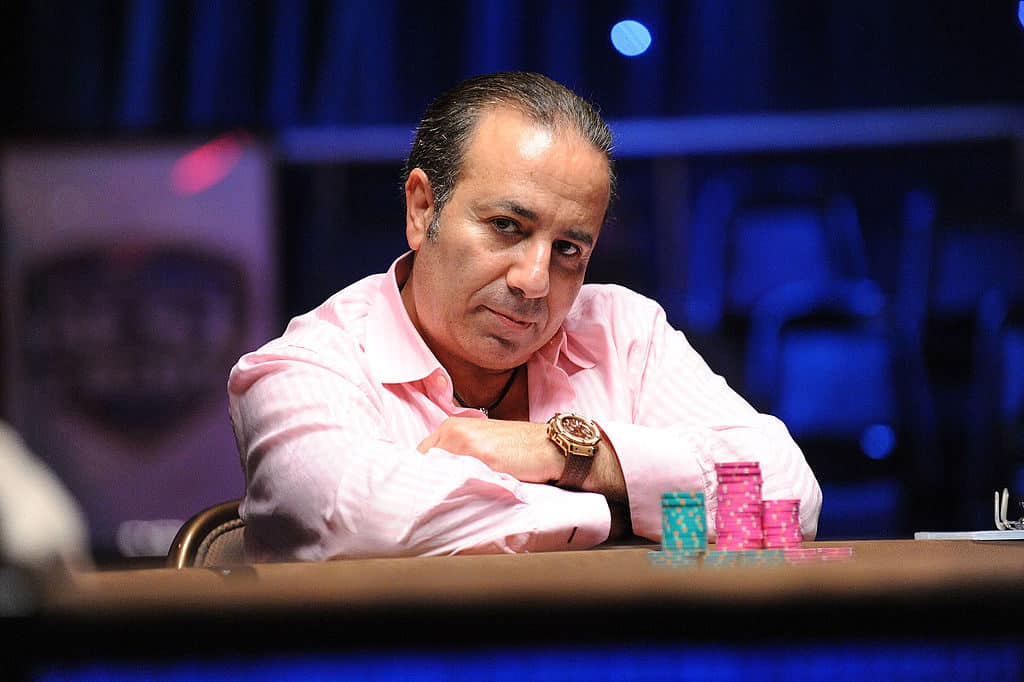 Insan “Sam” Farha is a Lebanese poker player that moved to the United States at a very young age. He has a business degree but soon left his career to try his hands on poker. Aside from being a gambler, he had written several books and developed a few reality TV shows, all based on poker. As of 2019, he has won three WSOP bracelets and finished as runner-up in the 2003 WSOP main event. His estimated net worth is $100 million. 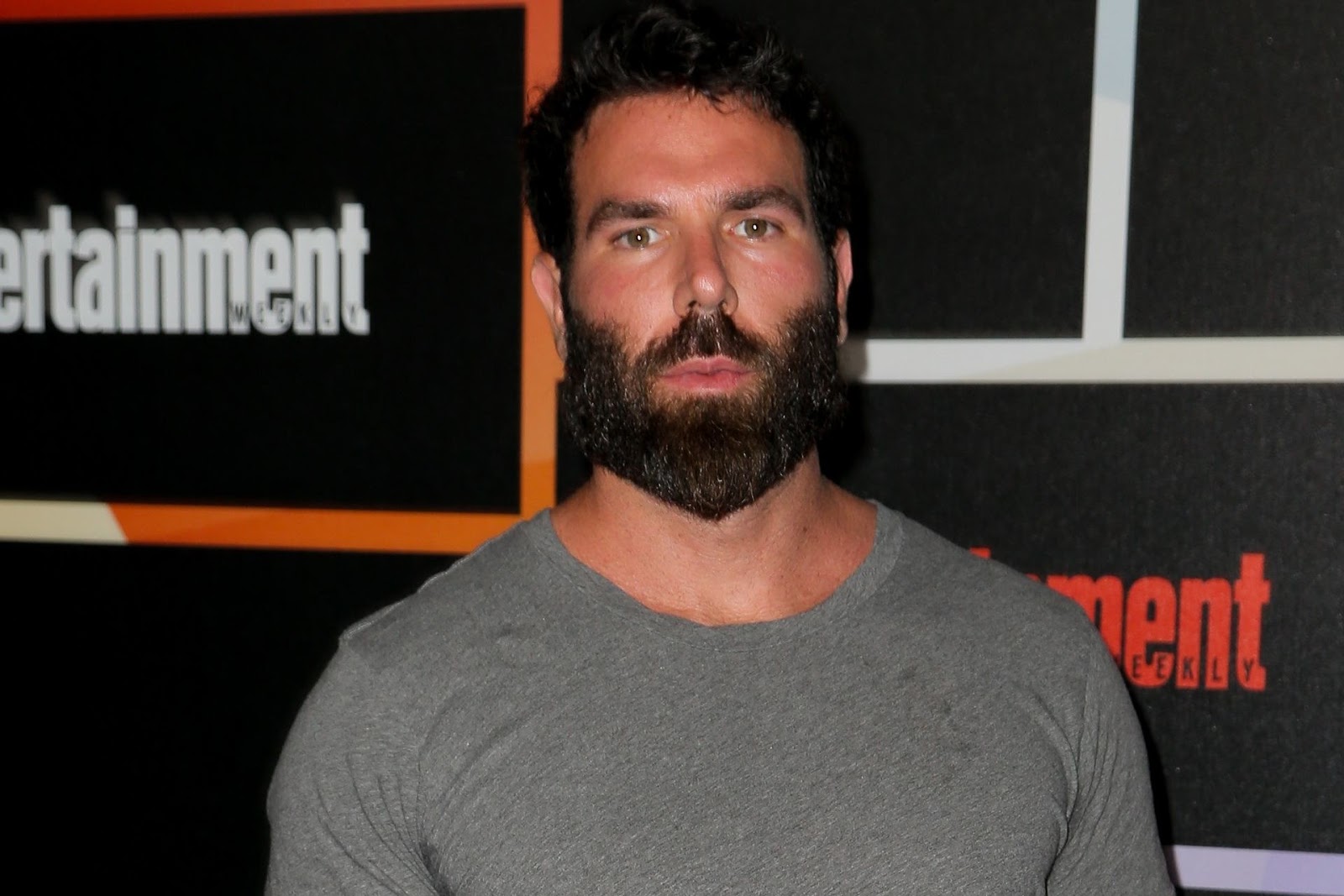 Known as the “Instagram King” and voted as one of the funniest poker players by Bluff Magazine, Dan Bilzerian is an actor, venture capitalist, internet personality, and on top of it all, a gambler. He had boasted to win a staggering amount of $12.8 million in one night playing high stakes poker. Today, his net worth is estimated at $200 million, though the estimation is still questionable, given how little of his personal life is actually known by the public.

Read more about poker in the links below:

HOW POKER INFLUENCES SOCIETY? Introduction Poker has long been a part of society. Poker historians claim that this game has been around for almost 200 years now. However, throughout history, it has had a lot of stigmas attached to it. Poker has widely been called gambling, however many professional poker players like to argue otherwise. […]

IS IT ILLEGAL TO PLAY ONLINE POKER IN THE US?

IS IT ILLEGAL TO PLAY ONLINE POKER IN THE US? Introduction: Poker has been part of American society for as long as almost 200 years. There are multiple casinos standing nationwide and many cities have their fame based entirely on how popular casino businesses and poker industry is there. The popularity of poker all over […]

Twenty-Four Poker Players Seek $30 Million in Financial Harm Lawsuit Against Stones Gambling Hall Stones Gambling Hall, Mike Postle and Justin Kuraitis, Stone’s poker room manager, have all three found themselves in the middle of a $30 million lawsuit for an alleged scam. Players believe that all three contributed to them losing their money, and […]